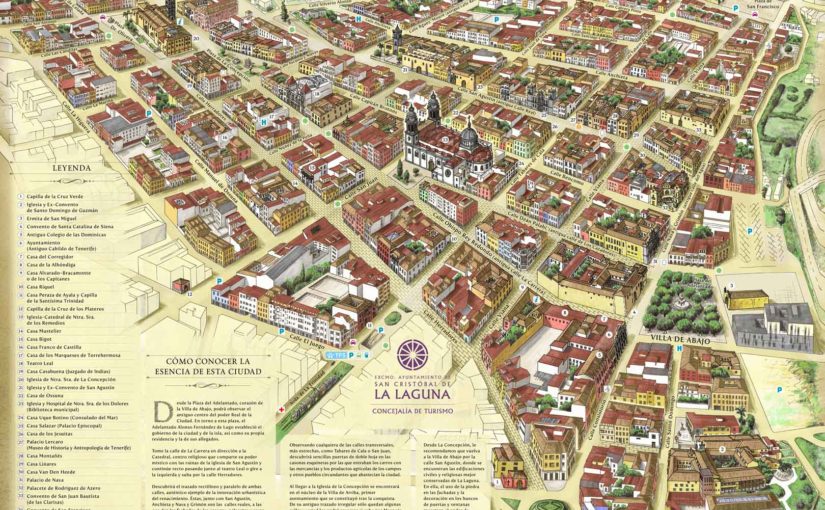 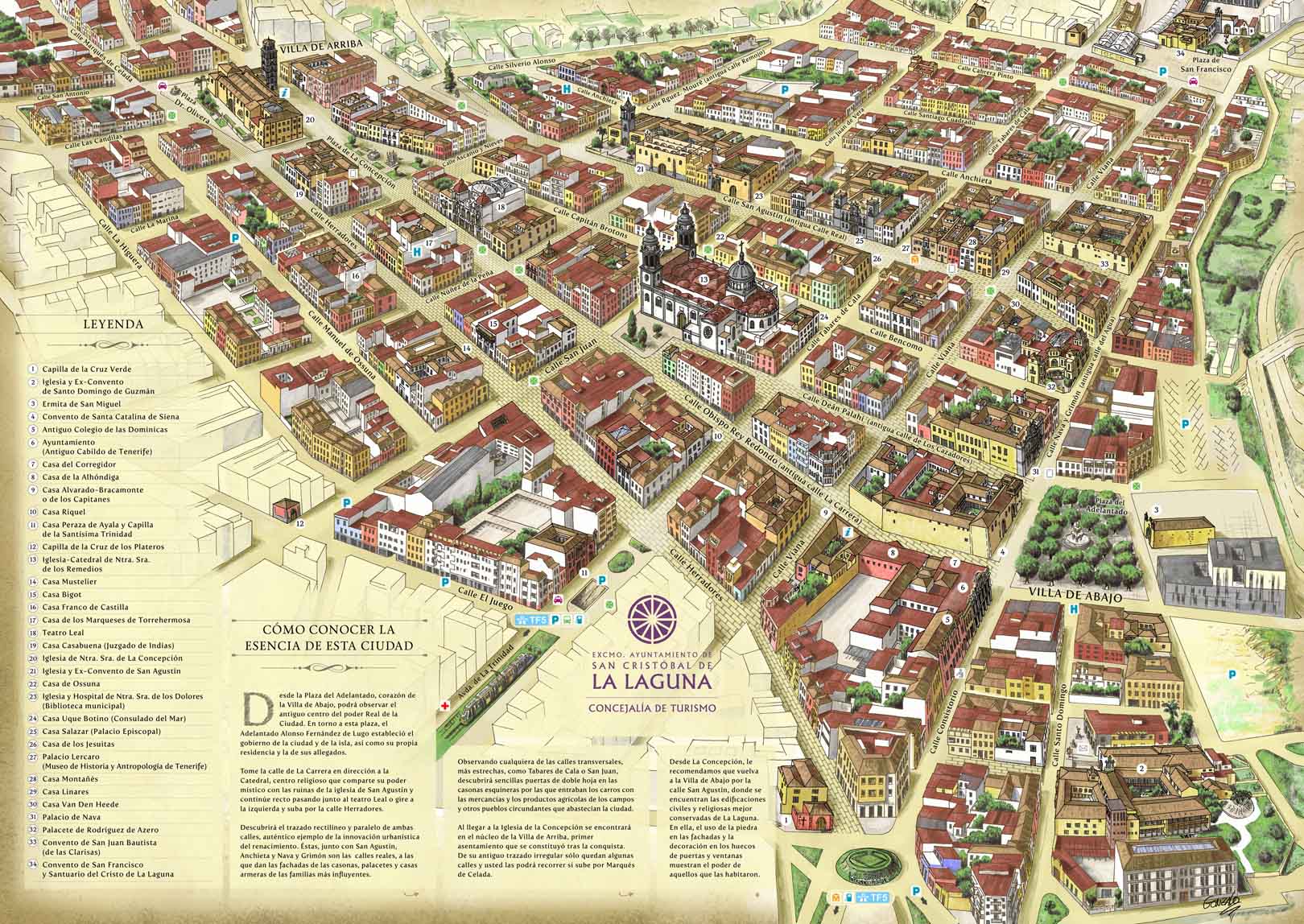 City, colloquially known as the Lagoon (from drained in 1837 r. natural lagoon, over which they were founded) w, in fact, it is proudly called San Cristobal de la Laguna. It would be a pity not to come here, because the historic resort is the quintessence of Canarian style, charm and atmosphere, the better, that it is a university city. To the question, is there a lot to see in La Laguna?, UNESCO replied in 1999 r., entering its old town on the List of World Cultural and Natural Heritage.

Going on a trip to La Laguna, it is worth taking something rainy. The town is famous for being the wettest in Tenerife – it's rainy here even then, if the sun is shining a few kilometers away.

La Laguna was founded by Alons Fernandez de Lug shortly after the Spanish conquest of the island in 1496 r. Initially, a small base falling into the interior of the island in its heyday was a dynamically developing city of merchants, soldiers, bureaucrats and students, who have been continuously since 1701 r. they study at the Universidad La Laguna.

It is worth starting a walk around the city from the beautiful Plaza del Adelantado with some nice monuments. The first is the nineteenth-century classicist town hall (city ​​Hall) in the southwest corner, where you can visit during working hours. To the right of the town hall is the white building of the convent of Santa Catalina de Siena. A narrow street separates it from the Nava Palace - an ornate building, which combines mannerism, baroque and neoclassicism. In the south-eastern year, a small Ermita de San Miguel from the 16th century draws attention., currently serving as an exhibition hall.

There are more historic buildings on this one and only street, than in some other cities. From the very beginning, the orange Casa del Corregidor and the blue Casa de la Alhóndiga are eye-catching. The Casa de los Capitanes stands right behind them, which was made available to visitors - there is a tourist information office inside. Several dozen meters away, on the right there is the cathedral Nuestra Seńora de los Remedios - the three-nave temple was built in 1915 r. in place of an earlier neoclassical building, whose facade has been preserved. Inside is the tomb of conquistador Fernando de Lug. Going on calle Obispo Rey Redondo, You pass the eclectic pink building of Teatro Leal and come to Plaza de la Concepción, which is home to the oldest church in La Laguna and the first church built on the island: Our Lady of the Conception. It is worth climbing the church tower, from which there is a beautiful view of the city.

From the Plaza de la Concepción you will reach the most beautiful street in the city on the narrow road Belen, San Agustrn Street. Its only drawback is this, that the colorful street is only partially pedestrianized, and densely parked cars spoil the effect, which are created by small colorful houses and richly decorated tenement houses. They pay special attention: beautiful bishop's palace at no. 28 Salazar House (patio open to visitors) oraz Casa Lercaro, where the Tenerife History Museum was founded.

At the end of your stay in La Laguna, it is worth taking a walk along the street with a double name: Farriers / General Franco. This is the main promenade of the old town, with many charming townhouses with traditional wooden balconies, shops, restaurants and cafes.

It is worth visiting the interior of the Tenerife History Museum, if only for this, to see the building, in which it is located.

Museum of Science and The Cosmos

The Museum of Nature and Space is an extremely interesting facility, where you can take part in experiments to help understand some natural phenomena and this, how the human body functions. An additional attraction is the planetarium. The La Laguna-Santa Cruz de Tenerife tram stops at the museum.